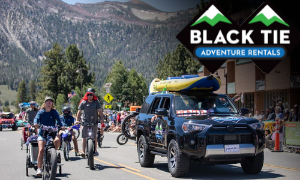 We are excited to announce the winner of our 2022 4th of July Parade Float Competition, sponsored by MAWS Transportation. Selected by 5 independent judges dispersed throughout the parade route, our winner is Black Tie Adventure Rentals of Mammoth!


Black Tie has decided to donate the $500 cash prize to the Mammoth Community Foundation to continue to support their community. Our other runner ups include Mammoth Mountain, Mammoth Holistics, California Breakfast Burritos and Mammoth Museum at the Hayden Cabin. Click here for Press Release
irits).

The Mammoth Lakes Chamber of Commerce 4th of July Parade is taking place on Monday, July 4! The parade begins at 11:00am and wraps around 12:30pm. Wear your best patriotic outfits and bring your camp chairs to enjoy the parade of floats as they move through town! Attendance is free and all are invited.

The parade starts at the intersection of Chateau Road and Old Mammoth Road (by Salsa's Taqueria) and ends at Manzanita Road and Main Street (by A-Frame Fine Wines & Spirits).
Parade Live Stream

Thank you to Visit Mammoth for sponsoring the 4th of July Parade Live Stream!

Make sure you bring your reusable water bottle to the parade. Mammoth Hospital is sponsoring the Mammoth Community Water District’s Hydration Station which will be located at Footloose. Stop by to see what's new at the hospital and rehydrate during the parade!

Carly was born and raised in Mammoth and had gone through seven knee surgeries by the time she made it to the Olympics. Her persistence and dedication to her sport make her a true Hometown Hero. Catch her at the beginning of the parade as she ushers in our 2022 floats.

Click here for details on the Band
Local Business Resources

For our local businesses looking to inform guests of all the exciting events and festivities over the 4th of July weekend, we encourage you to look to the following resources:
Mammoth Film Festival

We would like to extend a huge thank you to our 2022 Mammoth Lakes Chamber of Commerce 4th of July Parade Title Sponsor - Mammoth Film Festival! Globally recognized as a red-carpet festival, Mammoth Film Festival is the fastest growing film festival in the nation and held right here in Mammoth Lakes. For details on their upcoming festival - March 2-5, 2023 - go to mammothfilmfestival.org.

Mammoth Film Festival will be giving parade viewers the opportunity to get up close to the Scooby Doo Mystery Machine and the Ghostbusters Car which will both be in the parade. Held immediately after the parade in the Promenade parking lot, spectators can get in on the 4th of July Parade action by seeing the float up close and enjoying the live DJ and festivities. Stop by The Promenade located at 3343 Main Street anytime between 12:30pm and 2:00pm! 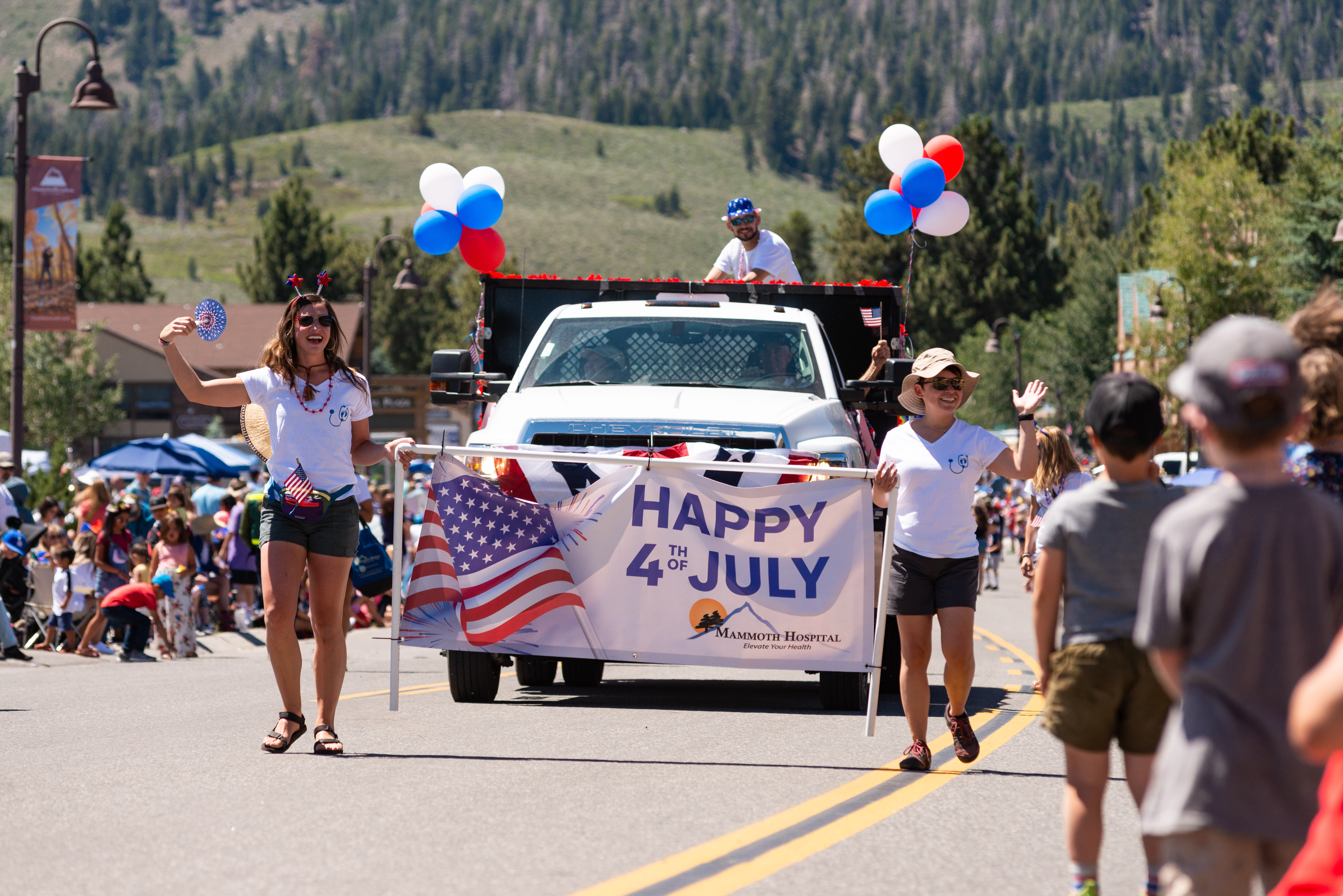 Thank you to the over 50 businesses and organizations that have entered this year's parade! Float entry has closed. In order to provide the best experience for parade participants and spectators, onsite registration for the parade WILL NOT be accepted. For questions, call us at (760) 934-2712.

New this year! Mammoth All Weather Shuttle is sponsoring our 2022 Float Competition with a $500 cash prize. Judges will be looking for positive audience reaction, creativity, execution, parade guidelines adherence and audience engagement.
Thank You to Our Sponsors 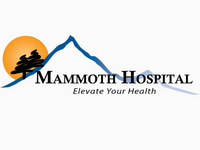 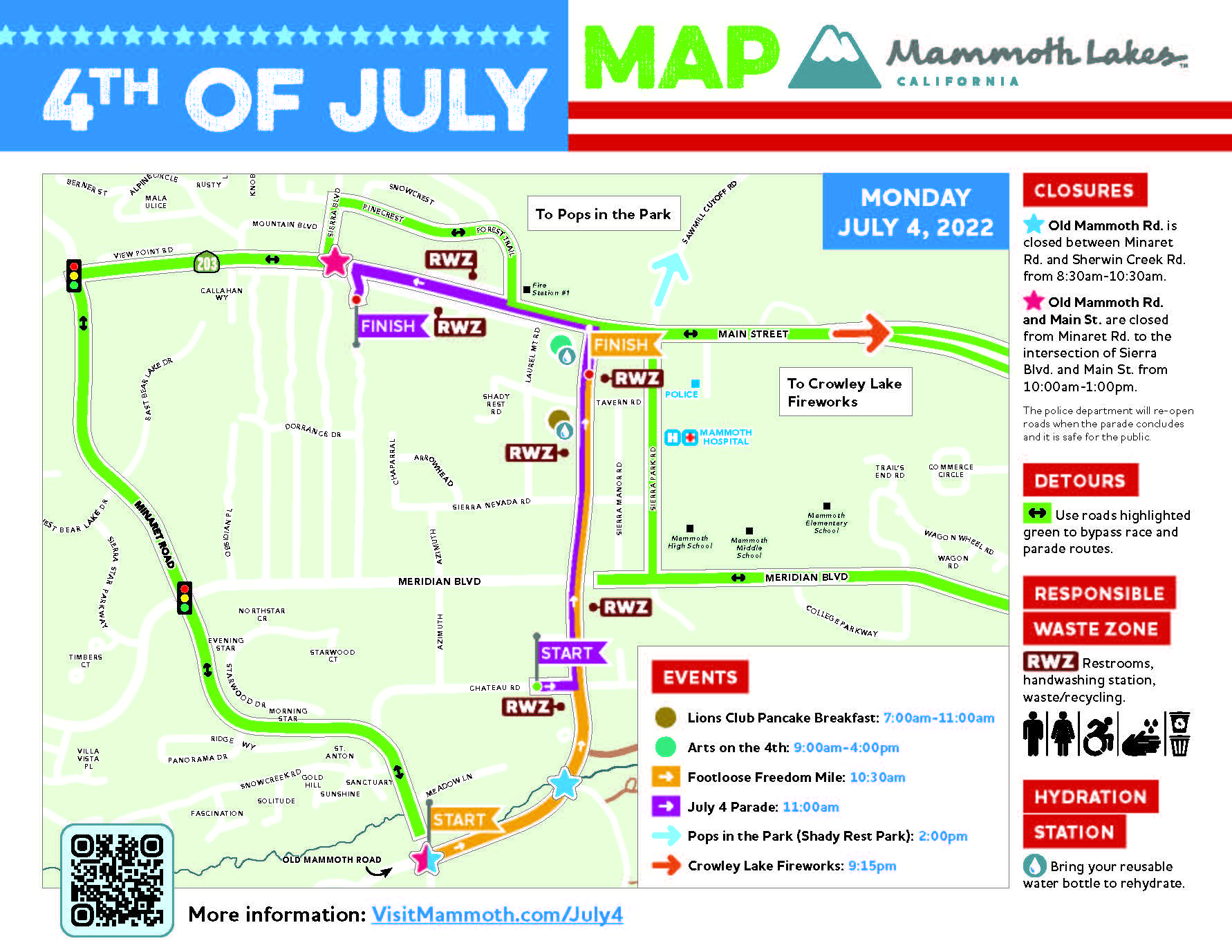 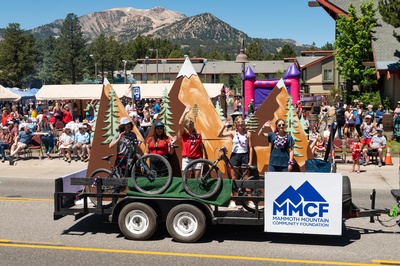 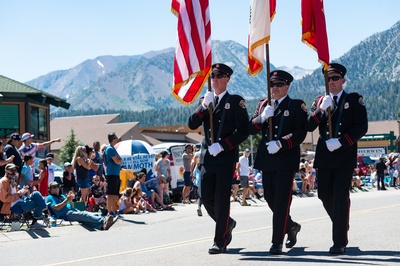 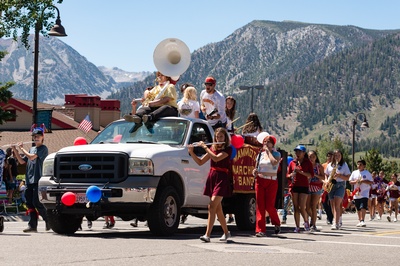 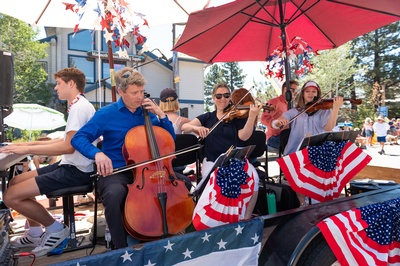 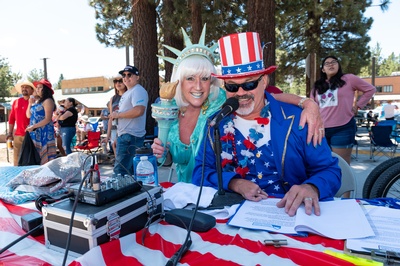 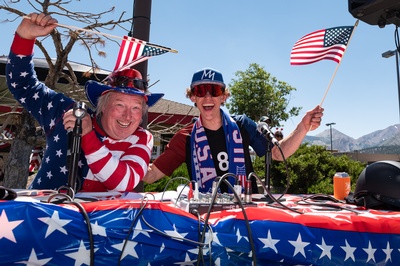 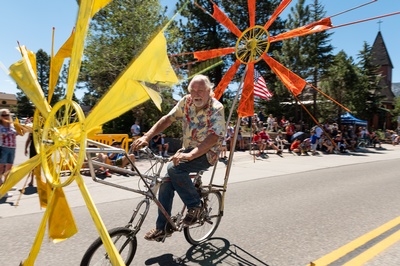 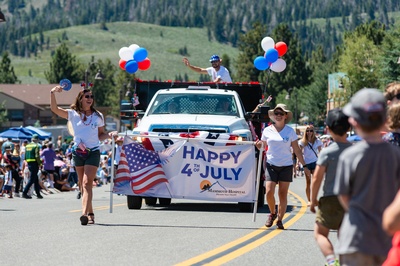 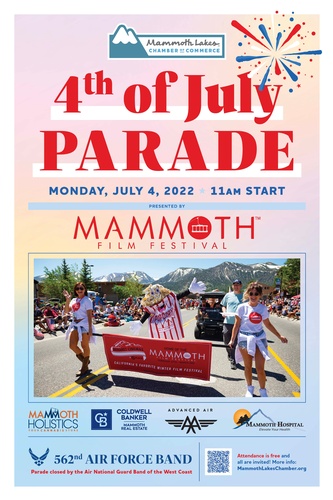 This year's parade will feature six Responsible Waste Zones along the route which will include restrooms, trash & recycling. Thank you to our sponsors!